The Post-Brexit Boom is Baffling Elites 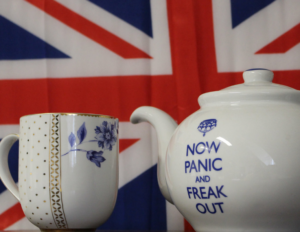 Can the Bank of England Really Take Credit for the Post-Brexit Boom?

In the months leading up to June’s Brexit referendum, the British public found themselves bludgeoned by a series of increasingly dire warnings concerning the consequences of a vote to leave the European Union. The campaign of scaremongering, quite self-consciously engaged in by supporters of the EU, ran the gamut from concerns that the UK might be excluded from the Eurovision Song Contest, to warnings by then Prime Minister David Cameron that Brexit could trigger the start of World War Three. Far more commonplace, however, was a seemingly ceaseless procession of warnings that a vote to leave the European Union would cause a recession in the British economy.

During the spring and early summer of this year, scarcely a week went by during which some establishment figure or organisation – from British Chancellor of the Exchequer George Osborne, to the IMF, to George Soros — did not make headlines in the UK with their grim predictions for the recession which would surely result from a decision to leave the EU. Indeed, Mr Osborne went so far as to publish a draft of the “emergency budget” which he anticipated would be required in the aftermath of a Brexit, an outcome which he prophesied would result in half a million British job losses. He further threatened that he’d have to make up for a £30 billion budgetary “black hole” by cutting spending on the National Health Service, the state healthcare monopoly which Margaret Thatcher’s Chancellor, Nigel Lawson, famously described as “the closest thing the English have to a religion.” The British press were particularly keen in their attention to the the warnings of Bank of England Governor Mark Carney, who repeatedly made it known that he foresaw significant negative impacts on the employment and growth rates resulting from a possible Brexit.

In the months since the vote to leave the European Union however, new economic data has tended more and more to undermine the credibility of the predictions of Mr Carney and his peers. It is certainly true that the British economy experienced some initial turbulence, caused by the uncertainty following the unprecedented referendum result, and the immediate resignation of David Cameron as Prime Minister after six years in office. In the months since this initial wobble however, not only has the UK failed to fall into recession, but many key indicators show a remarkable degree of strength in the British economy since the decision to leave the European Union.

The FTSE 100 — the key British economic index, which charts the top 100 companies listed on the London Stock Exchange — rebounded to pre-Brexit levels by the very next Monday after the vote, and the FTSE 250 achieved the same by the end of July. The Purchasing Managers’ Index, another key indicator of British business health, recorded a record rise in August, the same month during which 3.3 percent more new cars were registered in Britain than in the same month of the previous year. A poll by Markit showed that services, which form the largest sector of the British economy by far, have experienced their biggest surge in the past 20 years, since the vote to leave the European Union.Exports, housing, and construction all remained far stronger than expected in the aftermath of Brexit, and Lloyds, one of Britain’s largest retail and commercial banks, indicated in their July spending power report that they were “more confident of their finances than at any time since the survey began.”

Two-and-a-half months distant from the referendum result as we now are, the list of individuals and institutions which have had retract their pre-Brexit warnings of a recession, is now growing by the day. Credit Suisse, Morgan Stanley, Goldman Sachs, and JP Morgan have all had to retract their earlier claims that Brexit would cause a recession, as have such influential figures as the Financial Times’economics editor. Former Chancellor of the Exchequer George Osborne had the good taste to resign from the government in the aftermath of the Brexit vote, and new Chancellor Philip Hammond has been explicit in his assertions that his predecessor’s planned “emergency budget” will not need to be instituted in the aftermath of the vote. Even The Guardian, most vociferous mouthpiece of the metropolitan pro-EU left, was forced to admit that “economists have revised their pessimistic forecasts for the rest of the year and 2017 following a run of figures showing only a modest dip and steady rise in activity”.