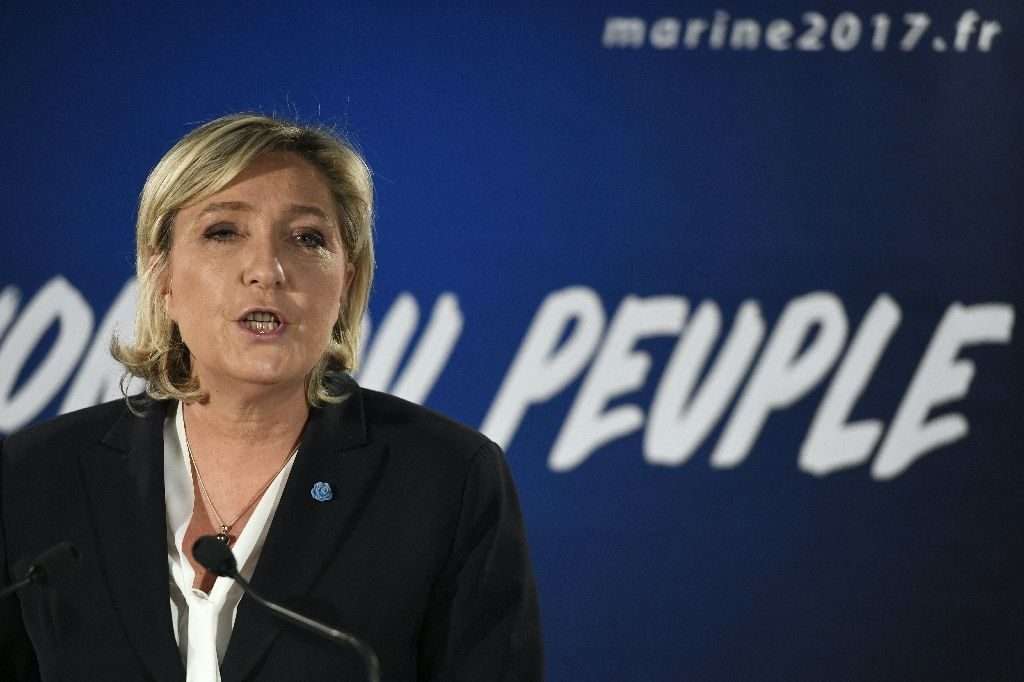 French far-right leader Marine Le Pen pledged Friday if elected president she would campaign for France to leave the EU if Brussels fails to surrender control over national borders, law-making and economic and monetary policy.

Le Pen, who has promised to dump the euro and organise a Brexit-style referendum on France’s membership of the European Union, has recently appeared to soften her stance, saying she is open to a “common currency” co-existing alongside a national currency.

Addressing a gathering of foreign correspondents, the National Front (FN) leader said: “I have not changed my mind on the process I will put to the French with regard to the EU.”

If she wins the vote on May 7, she said she would immediately begin negotiations with the EU on restoring “four fundamental types of sovereignty: territorial, economic, monetary and legislative”.

The discussions, which would centre on France’s call for the restoration of intra-European borders and the ability to adopt protectionist policies, would last six months after which she would organise a ‘Frexit’ in/out referendum.

“Either I will have secured the return of those four sovereignties and I will advise the French to remain in a new Europe of nations, or I will not and then I will advise them to leave the EU.

“There is no question for me of betraying the people.”

On the euro, Le Pen said she had “never been hostile to the return of a form of common currency”, citing the European Currency Unit (ECU), a pre-euro basket of currencies that existed alongside national currencies, as a model.

Polls last year showed French voters were opposed to exiting the EU but were more conflicted about the common currency.

Le Pen admitted that the French had “fears” about a so-called Frexit but viewed the euro as a “millstone”.

Brussels, she charged, had used the euro in Greece “not as a currency but a knife that you stick in a country’s ribs to force it to do what its people don’t want to do.”