The AP reports that there wsa a massive rally for support of Catalan secession from Spain.

Hundreds of thousands of separatist-minded Catalans rallied in Barcelona on Sunday to show their support for breaking away from Spain, leaving the country without its powerful and prosperous northeastern region.

Barcelona police estimated on their Twitter account that about 540,000 people attended the rally in support of a legally-binding referendum that would achieve an independent Catalonia. 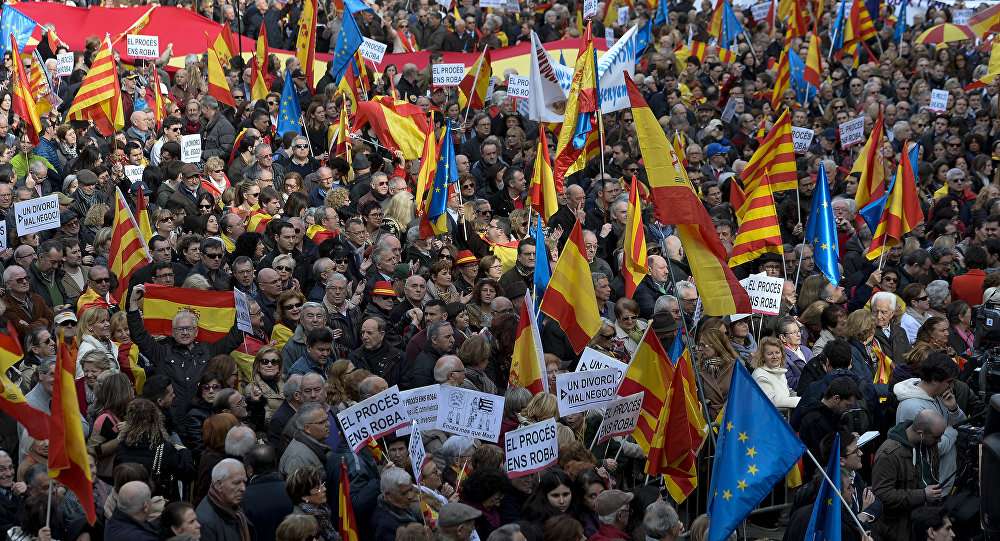 A leader for the Catalan secession movement wants to hold a binding government referendum for secession by next year. Spain has opposed teh secession saying Catalan will not be in the EU and unable to use the Euro.

In 2014 1.6 million voted in favor of secession on a ballot that Spain had suspeneded and is trying a secession leader for ignoring the suspension. This hero is Artur Mas who says volunteers carried out the vote.

Catalonia is a powerful region in Spain.

The economically-powerful Catalonia has a thriving population of 7.5 million and accounts for 18 percent of Spain’s economic output.

Source: News from The Associated Press