CATALONIA is at a standstill after thousands of protesters took to the streets during a mass strike to protest the Spanish government’s violent crackdown on voters during the independence referendum. 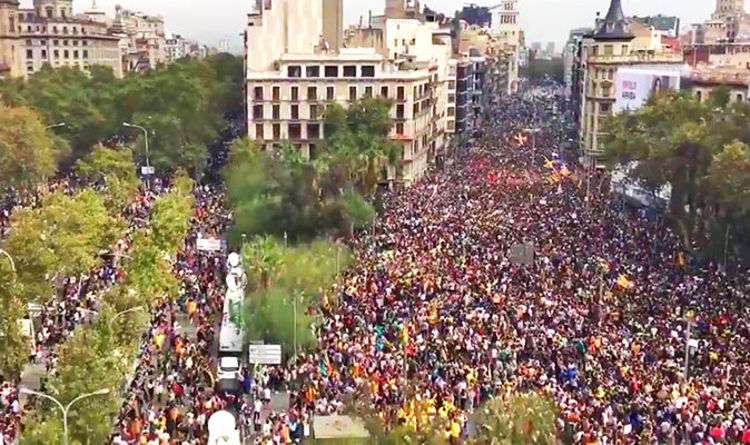 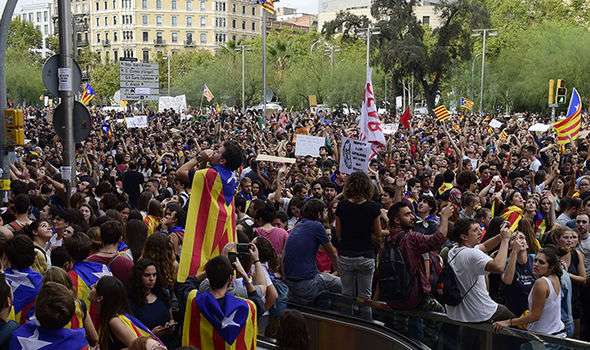 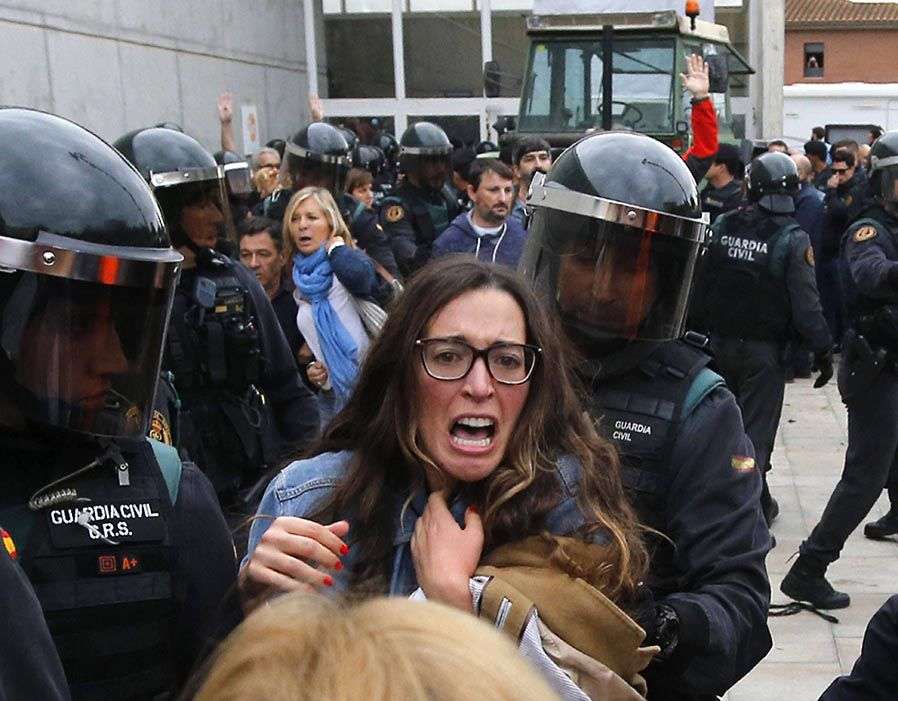 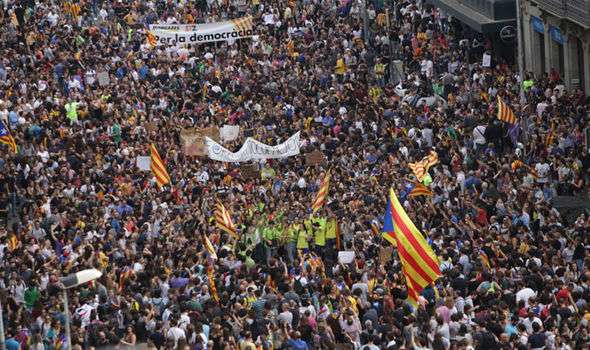 Shocking aerial footage shows thousands of people marching on the streets of Barcelona to protest against the Spanish Government’s decision to ignore the results of the independence referendum in Catalonia.

Catalans are observing a day of mass strikes all over the region against police brutality that saw nearly 900 people injured during the vote.

Protesters are expected to come together in a massive rally in the city’s Plaza de la Universidad in the late afternoon. 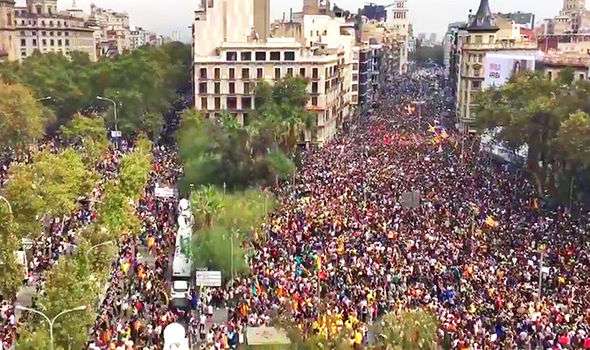 Catalan trade unions and associates called for the action due to “the grave violation of rights and freedoms” seen when heavily armed Spanish officers clashed with voters on Sunday.Madrid, which deemed the referendum illegal, deployed hundreds of officers in a last desperate attempt to stop the ballot from going ahead.

But more than 2.2m Catalans were able to vote, with 90 per cent favouring freedom from Spain.