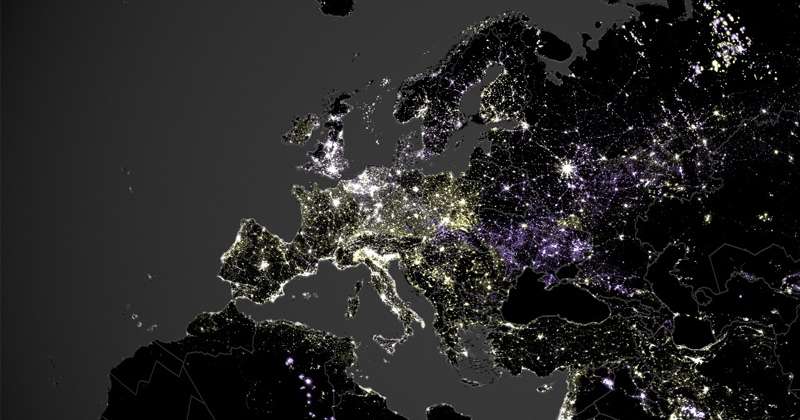 Recently, the people of two of Italy’s most prosperous regions voted in a referendum, on whether they wished to have greater autonomy from Rome. The referendum is non-binding, but that’s not what’s most significant in the results.

Roberto Maroni, president of Lombardy, said, “I now have a commitment… to go to Rome and give concrete actualization to the mandate that millions of Lombards have given me.”

It may appear on the surface that Mister Maroni intends to make an appeal for independence, but this is not what will occur. He’s a politician and won’t invite Rome to jail him for sedition. His goal will instead be to demand that a greater amount of the national income that’s generated by Lombardy and Veneto (about 20% of the total) remains within those regions.

This will not mean that he wants his people to be taxed less; his goal will be to retain a larger portion to be absorbed by the regional governments – to be in his own hands.

So much for the politicians’ agenda. But what does the referendum say about the people of the regions? Well, the extraordinarily high numbers in favour of greater self-determination demonstrates that virtually all the people in the regions have figured out that Rome is bilking them of their earnings and they’re getting pretty cheesed off.

In prosperous times, a population tends not to complain too much about being robbed through taxation. They grumble a bit, but tolerate it. However, in more stringent times, when people are finding it more difficult to make ends meet, they become more resentful of governments that are chronically both overreaching and wasteful.

Since 2008, we’ve been living in such a time and the longer people go on without a true recovery, the more resentful they’re going to be.

Independence movements have been afoot in many countries in Europe, every state in the USA and elsewhere on the globe, but, until recently, they’ve been minor issues, attracting primarily fringe support.

Brexit changed all that, as the people of one of the illustrious G7 countries voted to remove themselves from the parasitical EU.

This, of course, inspired the voters of “lesser” countries to consider the possibility of independence more seriously.

Some of these movements have been efforts by largely dependent entities such as Scotland to express the resentment of being the poor step-sister to a more prosperous central government, but others have been the result of the growing resentment that the province or region that’s producing the lion’s share of the national revenue is routinely having it siphoned off by the central government.

It’s predictable that any regional political leader will like the idea of independence, so that he can create his own country and become its president. However, in the present environment, we’re seeing the people of Lombardy, Veneto, Kurdish Iraq and Catalonia voting overwhelmingly in favour of either full separation, or at least, greater autonomy.

Of course, this can’t be tolerated by the central governments, as it means that they’ll be losing all that revenue and, in many cases, this would collapse their economy.

But, at present, we’re looking at only the thin end of the wedge. There are countless other provinces and regions out there that have a similar desire to secede, and justifiably so.

After all, much of Europe, until the last century or so, was not made up of large countries. It was made up of lots of little tribal areas that sometimes worked collectively. Even the Roman Empire began as a collection of provinces.

Whilst we, today, are accustomed to a world map that’s remained largely the same throughout our lifetimes, there’s actually nothing sacred in the borders that were drawn on maps decades ago, often by people who had never been to those locales (in the case of former colonies and conquered areas). The smaller, tribal areas made more sense and actually worked more in favour of the inhabitants.

But, since World War II, the world has been headed in the direction of über states. The Unites States had already led the way in the late18th century, but in recent times, the EU was formed and repeatedly expanded. In addition, many organisations have joined groups of countries together (ASEAN, Mercosur, Caricom, etc.)

In each case, the über states were created without the expressed majority interest of the voters. (In EU countries, referenda were sometimes held, but, in no case did a majority of voters vote in favour of joining the EU. The leaders did it in spite of the lack of support.)

Not surprisingly, in each case in which the people of a province, state or region have expressed a desire to secede, the central government has forcefully opposed secession. (The Americans fought their civil war, not over slavery, but over secession.)

Today, states such as Texas, which have repeatedly stated both their right and interest in possible secession, have been advised that, if they make such an attempt, they’ll be met with whatever force is required to stop it.

In Catalonia, we’re watching a standoff build between the leaders in Barcelona and Madrid, as each event unfolds.

And Catalonia is a good example of a further reason for a central government to resist the departure of a province: Should Catalonia succeed, there’s the likelihood that the adjoining regions of Valencia and the Balearic Islands might also be inspired to make an exit from Spain, and for the very same reason – because they’re the revenue producers and are having Madrid siphon off their earnings, to be spent on less-productive regions.

Governments have had a long history of claiming, “If we don’t all stick together, we’ll be doomed.” However, historically, the aggressors, more often than not, have been the empires. The smaller a country, the more likely it is to mind its own business.

In addition, the smaller a country, the more closely its leaders are to their people and, correspondingly, the more responsive they are to the people’s needs and goals.